"To create just 139 bottles of this rare and iconic whisky, Gordon selected nine casks originally laid down in 1968 and refilled them into four first-fill European oak butts in 2008, leaving them to mature for a further 12 years. In 2020, he selected just one butt and married a small quantity of the whisky it contained with some of our 2018 batch of 50 Year Old, retained specifically for this purpose. The 2018 batch was created from five first-fill sherry seasoned European oak casks, laid down in 1960, and married with two refill hogsheads, laid down in 1964, and also some of 2010 release of 50 Year Old. This ‘solera’ approach ensures that the DNA of our oldest Highland Park whisky runs seamlessly from batch to batch." 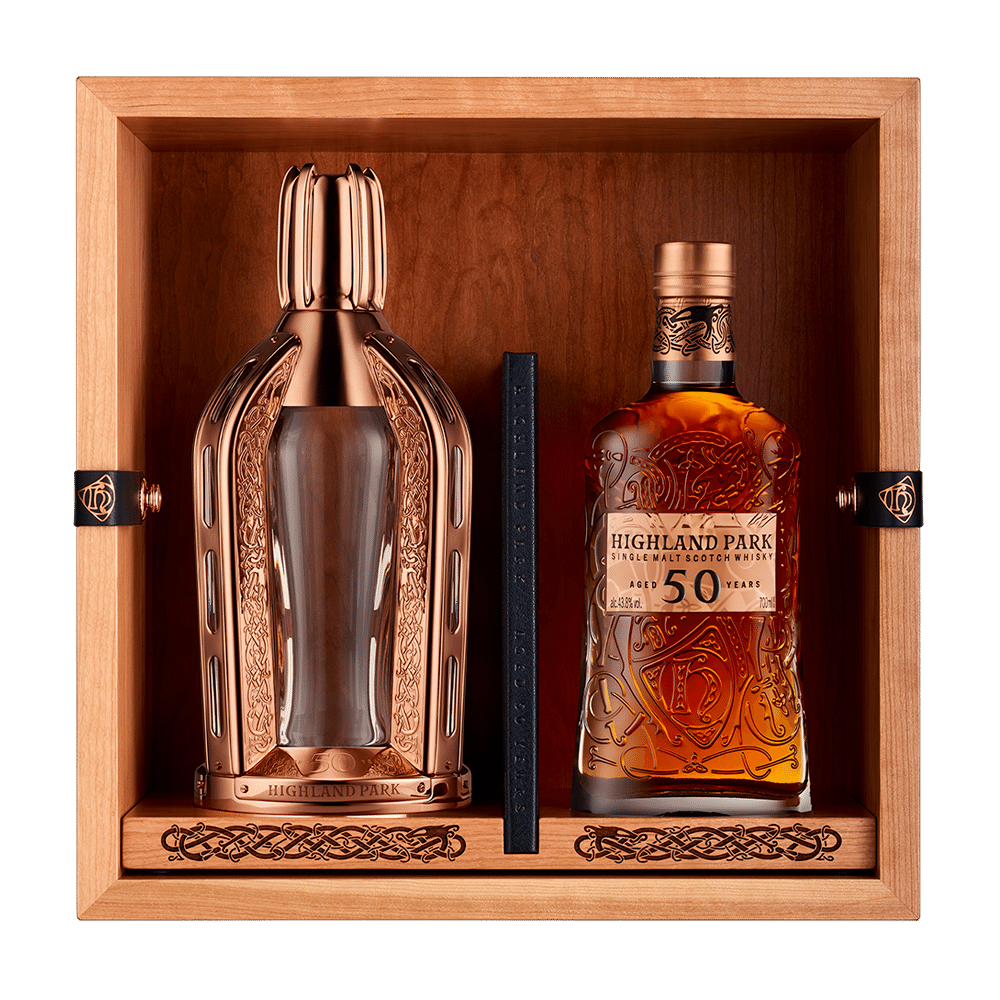